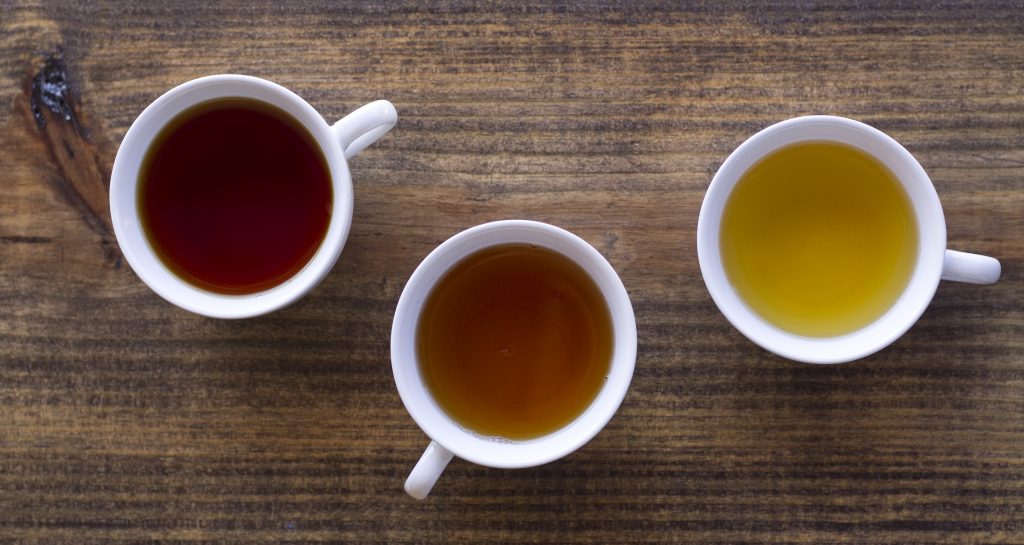 Tea comes from an evergreen shrub and small tree called camelia sinensis. All true tea will be made from the leaves, stems, or leaf buds of this plant, including white, green, oolong, black, and puerh tea. The thing that makes each type of tea different is the way it is produced, the area where it is grown, and other subtle differences that will make one tea maker different than another.

Tea was first discovered around 2700 BC by the Chinese emperor Shen Nong. According to legend, as he was boiling some water to drink, a dried leaf from a nearby tree blew into the pot and slowly infused. He was pleasantly surprised by the flavor and the invigorating effect of the drink. 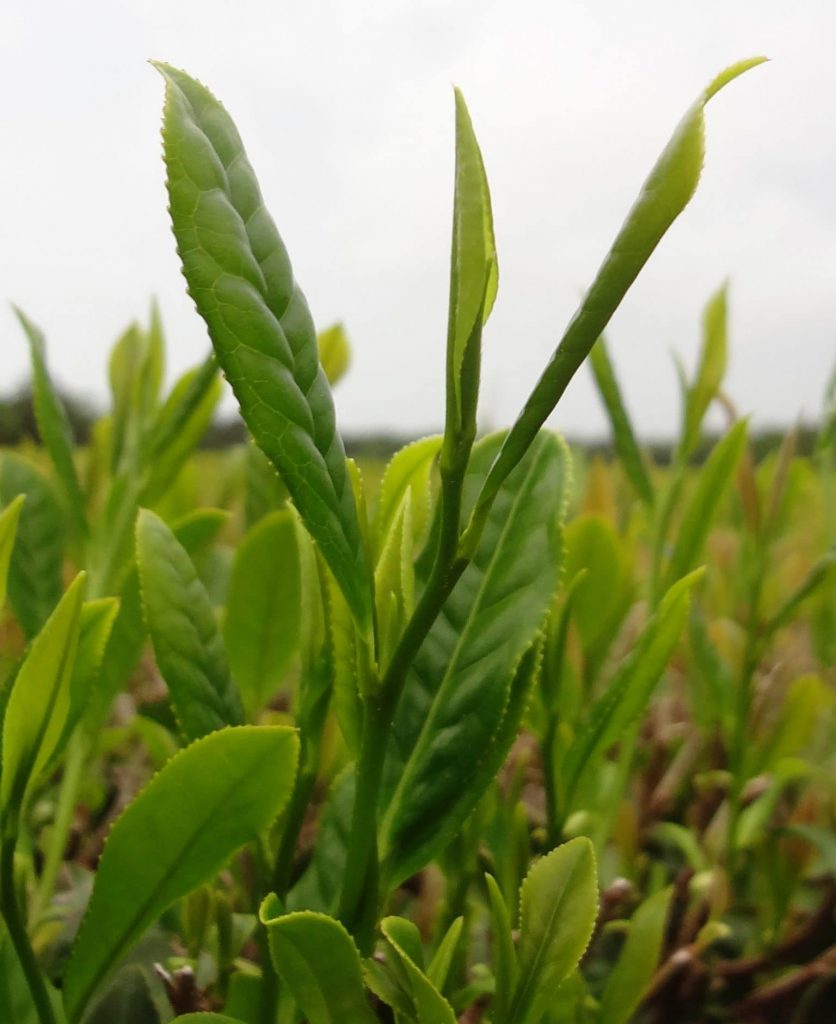 Camellia sinensis grows mainly in tropical and subtropical climates, though nowadays tea is grown in almost every part of the world. These countries grow the most tea in the world: China, India, Indonesia, Taiwan, Sri Lanka, Kenya, South Korea, Argentina, Vietnam, and Turkey. Also here in the United States we have several areas that grow tea: The Charleston Tea Plantation in South Carolina has a modern growing and packing operation and also features agri-tourism. The Great Mississippi Tea Co. in Brookhaven Mississippi is a promising upstart that has already won awards for their orthodox teas. Lastly, there are several tea plantations in Hawaii that produce expensive, high quality teas. 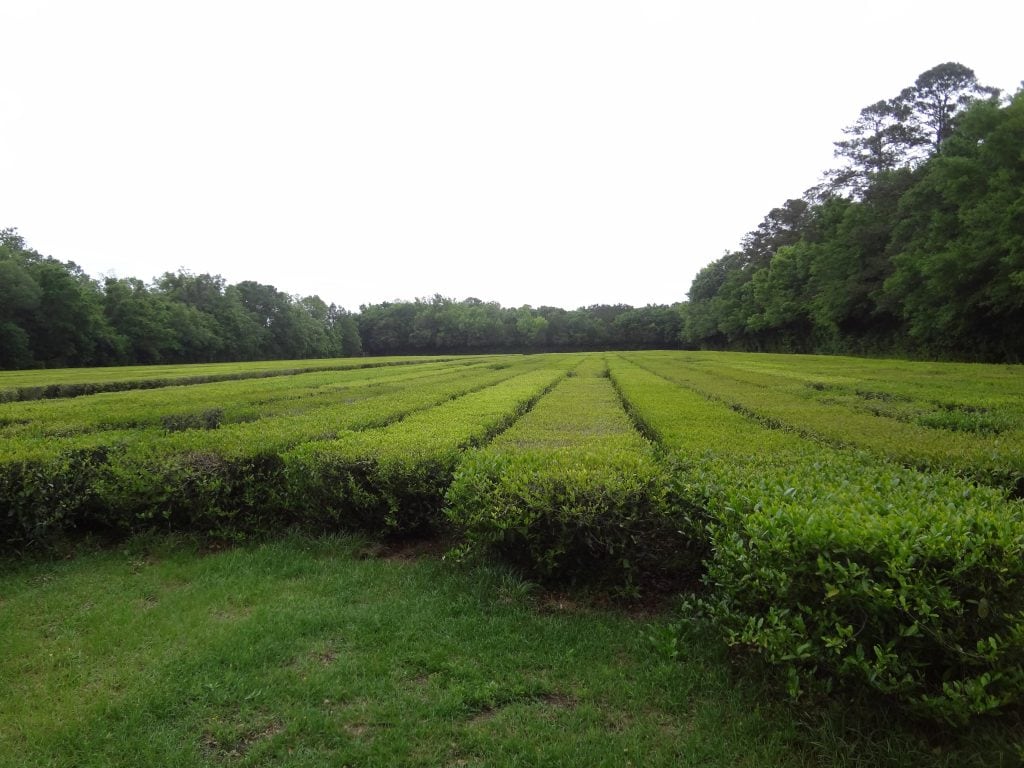 White tea is made of buds and other young petals. It’s called white tea because of the downy hairs on the buds and leaves, not necessarily the color of the leaves or brewed tea (which tends to be more of a shade of yellow). Most white tea is grown in China, the birthplace of white tea, but in more recent years can be found in other countries such as India, Sri Lanka, and Kenya. Traditionally white tea was considered to have less caffeine than other teas, however studies have now shown that the young leaves of white teas may ironically have more caffeine in them; since we usually brew white with lower temperature and less leaves, the brewed tea will still have less caffeine in the finished cup. Common types of white tea include Pai Mutan (pictured below), made with leaves and buds, and Silver Needles, which is an all bud tea.

Green tea is grown and processed in many different ways. Generally, these leaves will be harvested, bruised to initiate oxidation, press and/or rolled, fired to stop oxidizing, and then finally dried. Most tea growing regions have their own history and culture surrounding green tea, though most green tea found in North America and Europe comes from China, Japan, and Korea. Most green teas have a medium amount of caffeine (a cup of black tea has about a third of the amount of caffeine of a cup of coffee; green tea has less than black tea). Chinese green teas have been well known for their shape as well as their taste; some leaves will be rounded, flattened, or shaped into little pearls or balls. Popular green teas include Gunpowder, Dragonwell (pictured below), Matcha, and Sencha. 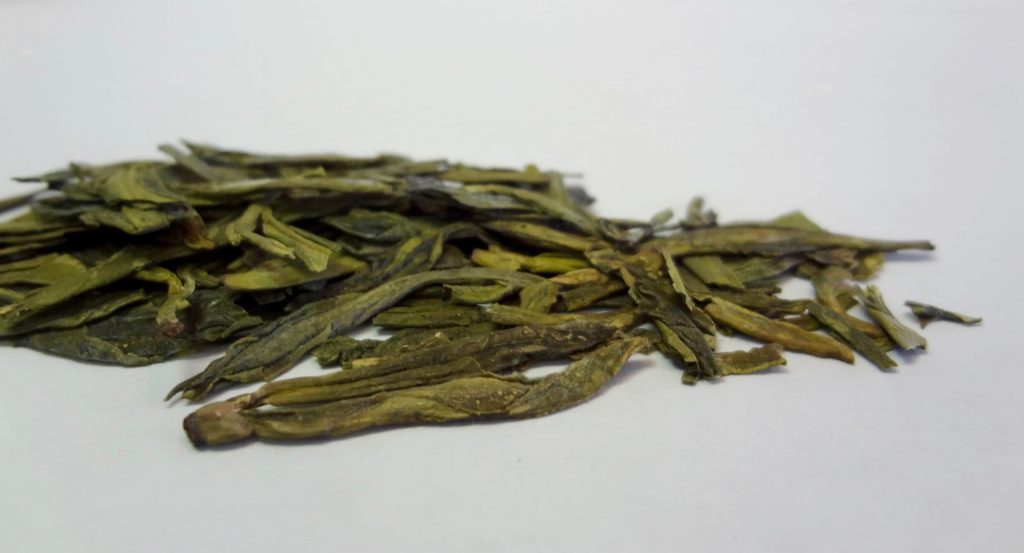 Oolong teas are typically made with artistry and care which also tends to make them more expensive than other tea types. This tea is considered semi-oxidized or semi-fermented, on the spectrum between green tea and black tea. Many oolongs are from mountainous regions of China and Taiwan, and are prized for their complex taste, aroma and appearance. Some oolongs are rolled into small balls that can be re-steeped many times, with the tea ball unfolding more and more each steeping (see second photo for leaves before and after brewing). These teas contain a medium amount of caffeine, that is typically a little less or equal to black teas. A few common types of oolong teas are Ti Kuan Yin (pictured below), Rou Gui, Pouchong, and Da Hong Pao. 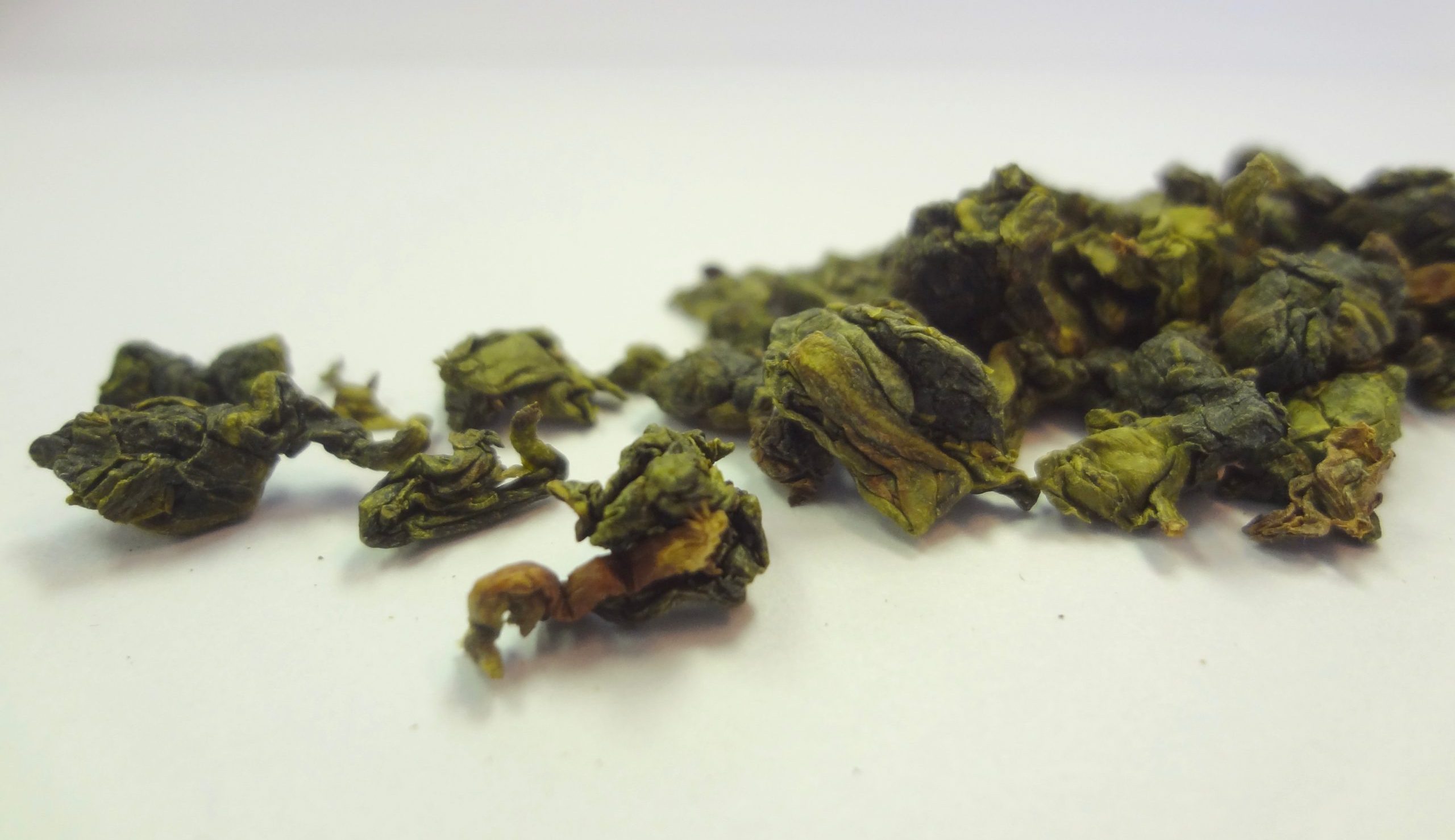 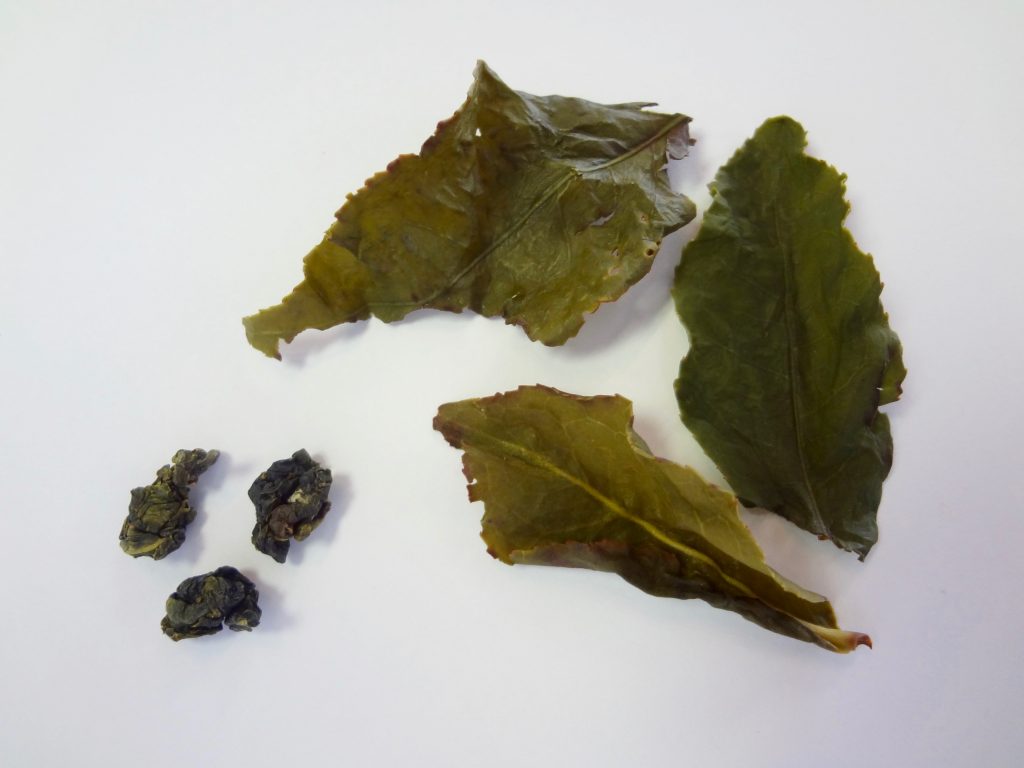 The most popular type of tea by far in the US and Europe is black tea. Nearly everyone has some connection to black tea from some point in their life. From small family tea shops to southern sweet iced tea to cheap tea bags, almost everyone has had black tea! Black tea leaves are dark colored and the brewed tea has a wide range of flavors and aromas. Many of the differences are the result of terroir, which is the climate, soil, and environment that the tea was grown and produced in. Being the most imported and exported type of tea, black tea is made in vast quantities in far ranging spots on the globe, from Asia to Eastern Europe, and even in North and South America. During production, the oxidation is what turns the tea leaves dark and creates what we know as black tea. Usually higher in caffeine and full in body, most black teas will have a robust flavor profile. Breakfast blends fall into the black tea category and are typically blends of black teas. Well-known types of black tea are Assam, Darjeeling, Lapsang Souchong, Keemun, and of course, Earl Grey. 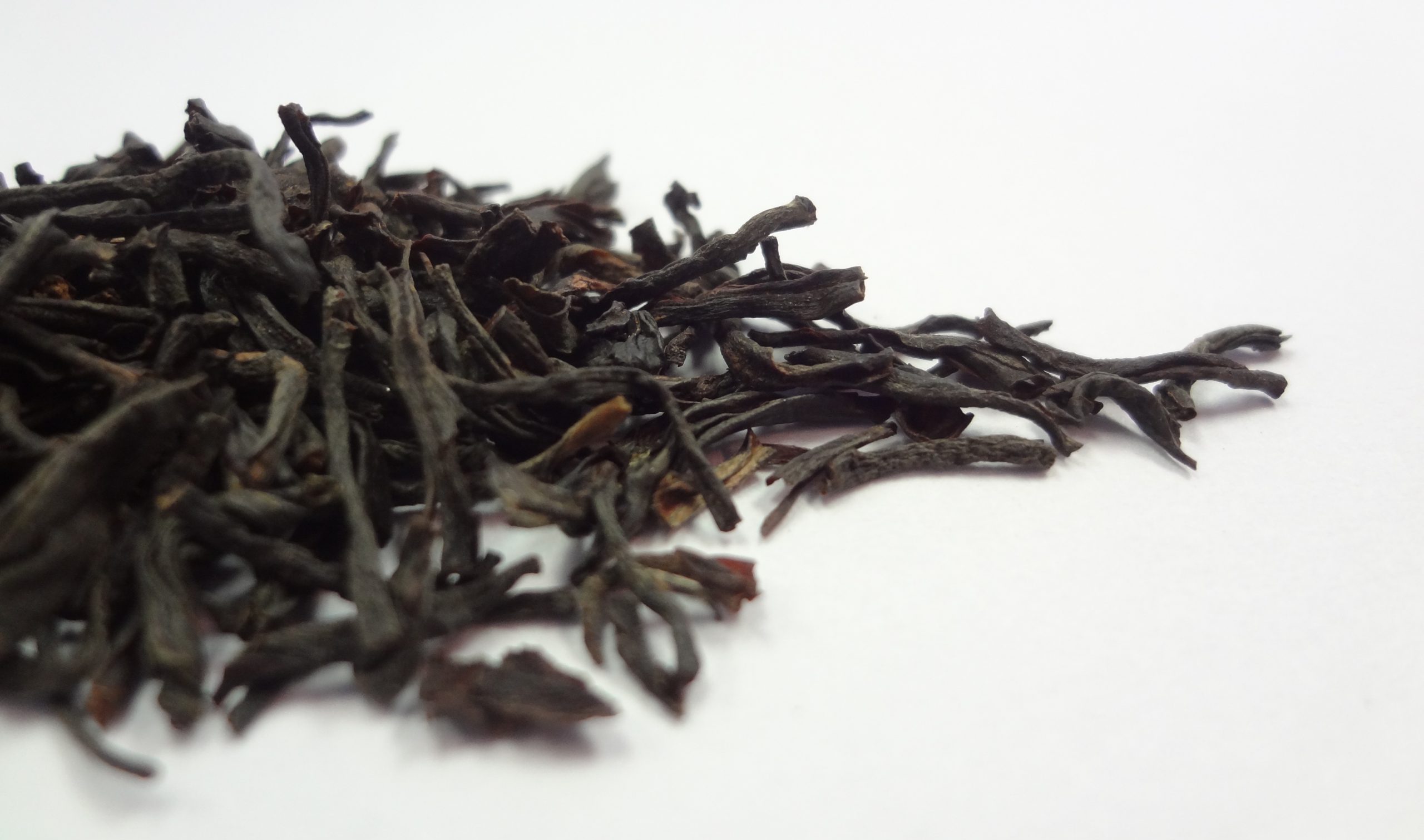 Puerh tea, sometimes spelled Pu’er, is a relatively new type of tea…new to Westerners that is. It has actually been around since ancient times in China and is still considered a very traditional type of Chinese tea, also sometimes simply called “dark tea”. Puerh tea goes through a fermentation process which results in the tea having a very earthy quality in the taste profile. Puerh teas can also be aged, and sometimes in China a family may have very old and valuable puerh cakes that have been handed down from previous generations, much like vintage wines. Puerh cake refers to puerh tea leaves that have been steam-pressed into a cake or brick and wrapped in paper in order to store neatly and instigate proper aging. 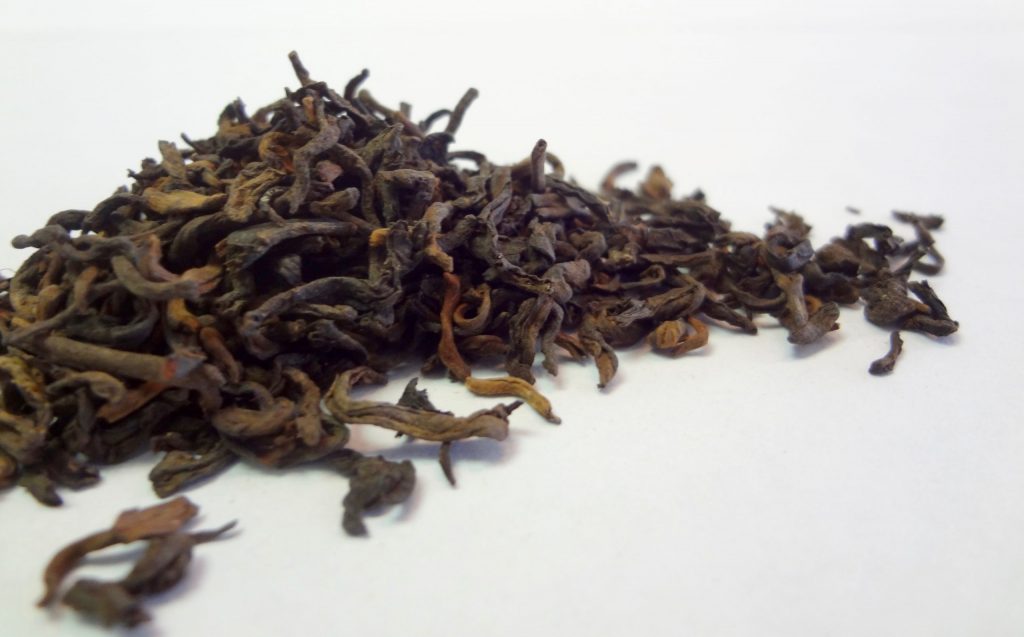